It was such an amazing experience to get to perform at the World Science Festival!
58:03

I got the email inquiring about my availability to present/perform at this event on the VERY first day of Omaha Code School. Before I got the email I was wondering what the heck I was going to do as soon as we graduated (Matt took the course with me). I’m a big planner, and the thought of the unknown just makes me explode and work on many random stuff just to see what pans out. As it turned out, the email came, and this event was LITERALLY the week after the 3 month course would conclude. Thanks, world.

This performance was extra special because Matt and I had never done the synesthesia light show + loop pedal live before. (whoops, forgot to mention that)
There were so many things that needed to be worked out mechanically (will make a blog post about that later. It’s a doozie), and getting the confidence up to speak with the amazing Dr.David Eagleman . The program was “What is color?”, and David and I would be at the very end talking/demonstrating synesthesia. I have been a fan of David’s research for as long as I could remember, and It was an honor to work with him.

As it turned out, the weekend was AMAZING. We got into NYC and were greeted by some pretty fun staff of the World Science Festival. 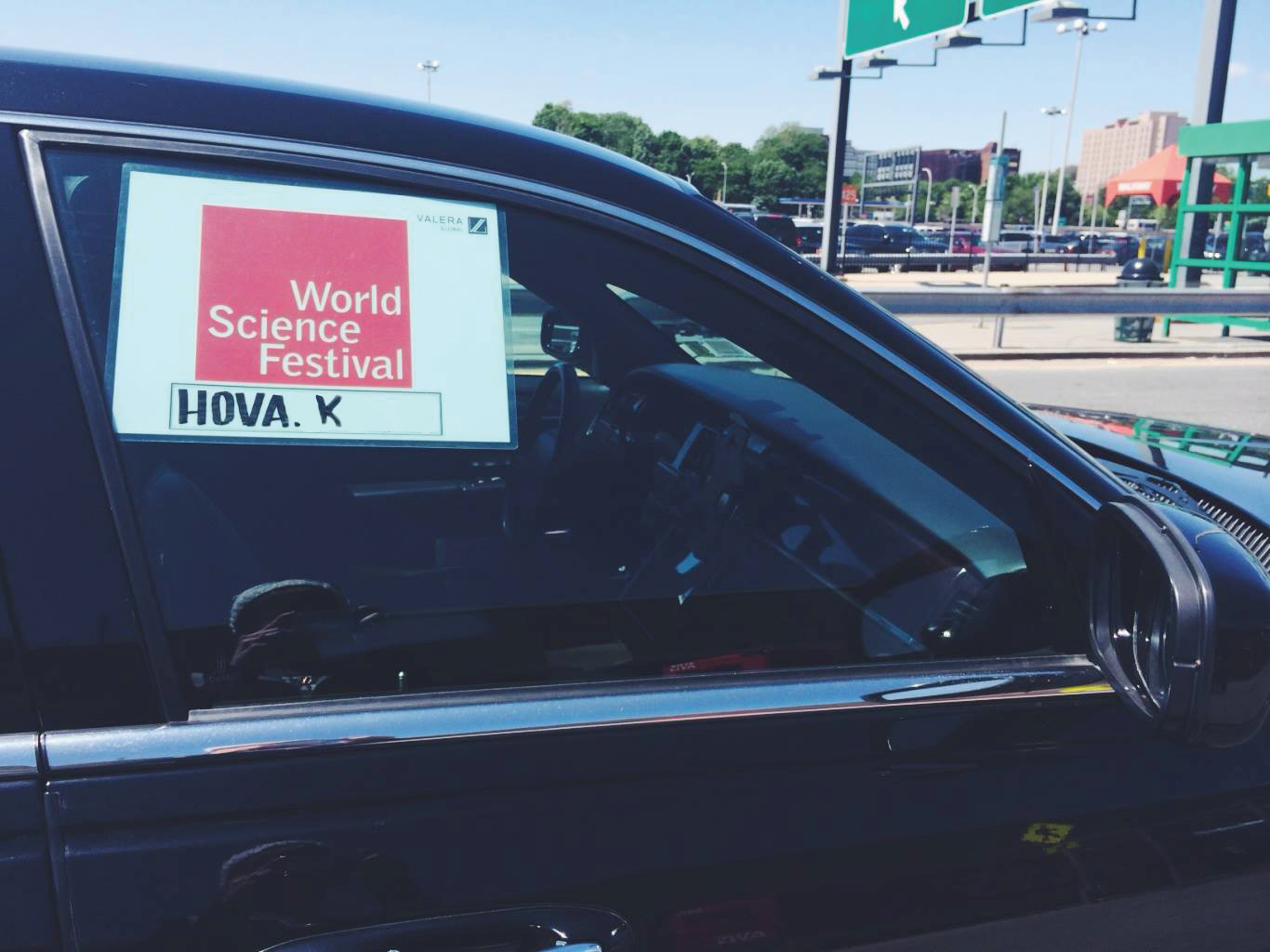 Everything went smoothly with sound checks and chats with David Eagleman and Graham Chedd. I got to meet Alan Alda (the host for the event), and thought he looked pretty familiar. I don’t remember ever being too into MASH, though. Its theme song was usually my cue that the cartoons were over and that it was probably time to go to bed. He was an amazing man: 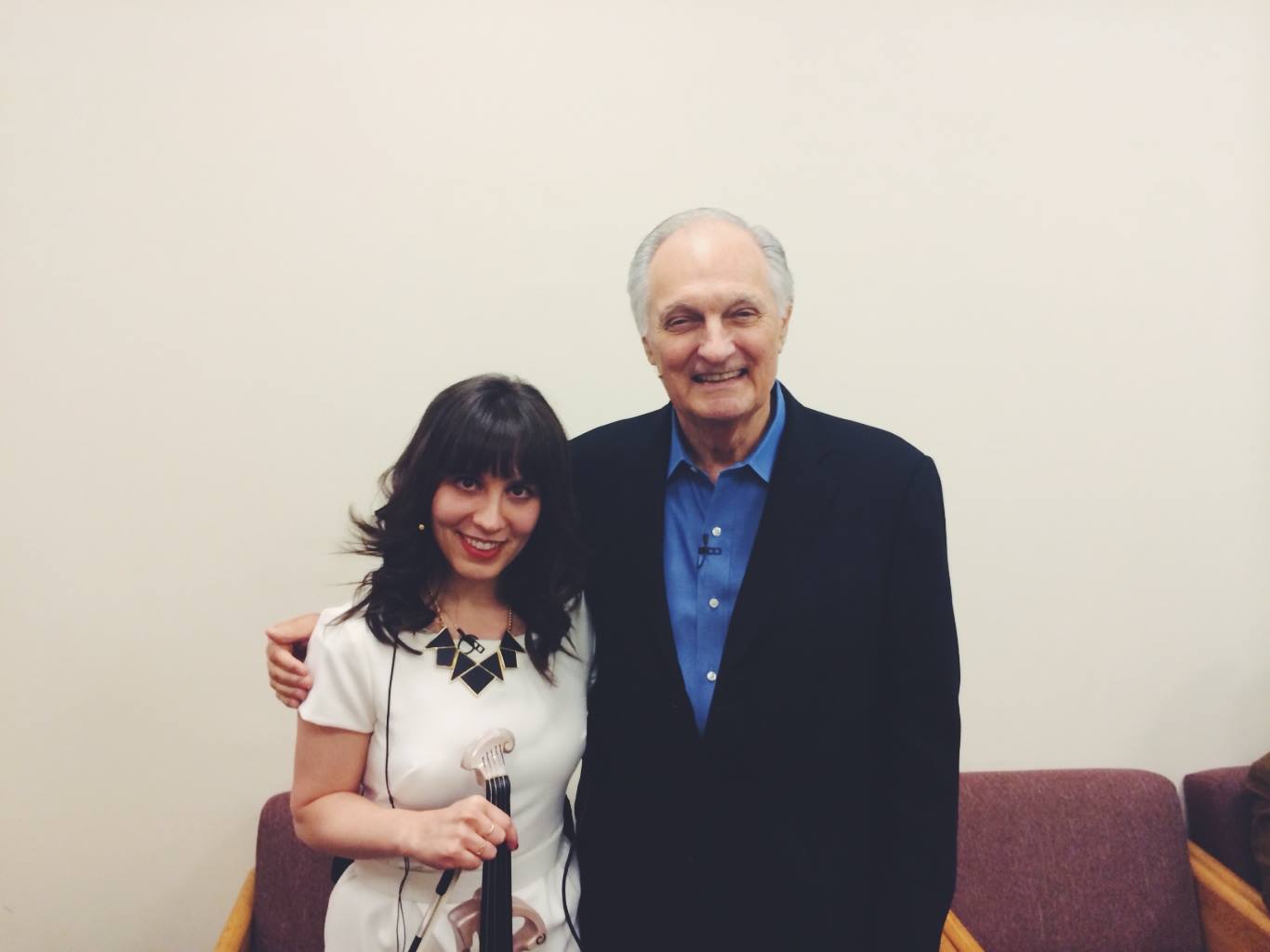 The night before the big event I got invited to an out of this world house party for all of the presenters. My husband wanted to go out on the town that night instead, so I took my best friend (Alex Cannon) as my + 1 to the event. When we got there there were Nobel laureates, PhDs from an assortment of fields, people like Bill Nye, Science Bob (whom we really hit it off with. I LOVE Science Bob!), and more crazy intelligent people. 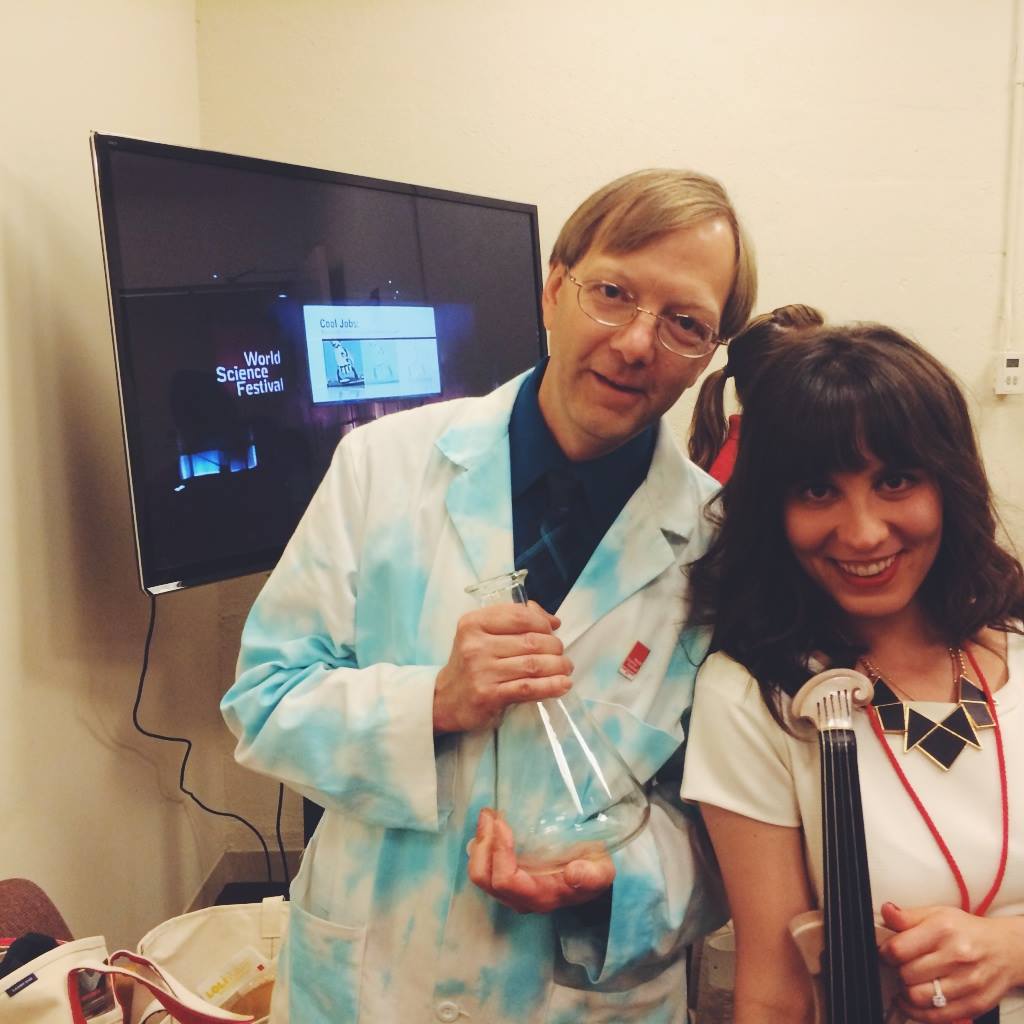 WHAT the heck do you talk about with all of these people?

Yes, yes the festival is great, but at parties everyone ends up talking about what they know and are passionate about. However, when you as so far down the rabbit hole with your research as these people were (with a broad assortment of fields), there is only so much you can talk about before you confuse the other person. LUCKILY, the host of the party had an amazing idea that brought everyone together to break the ice and start conversations : Magicians that would mingle through the party and blow everyone’s mind.

It was so simple.
A tactic that is used at a 5 year old’s birthday party was the perfect plan.

We would watch the magicians do their thing, confuse even the most attention oriented scientist, and we would chat about it for an hour. One of the magicians even solved 2 rubik’s cubes (one in each hand) blind folded. I don’t even know what to call that kind of skill. We met so many people, and I hope to see them all again soon : )

The next day was the big performance. When we went backstage it was surreal having my photo up next to such talented people: 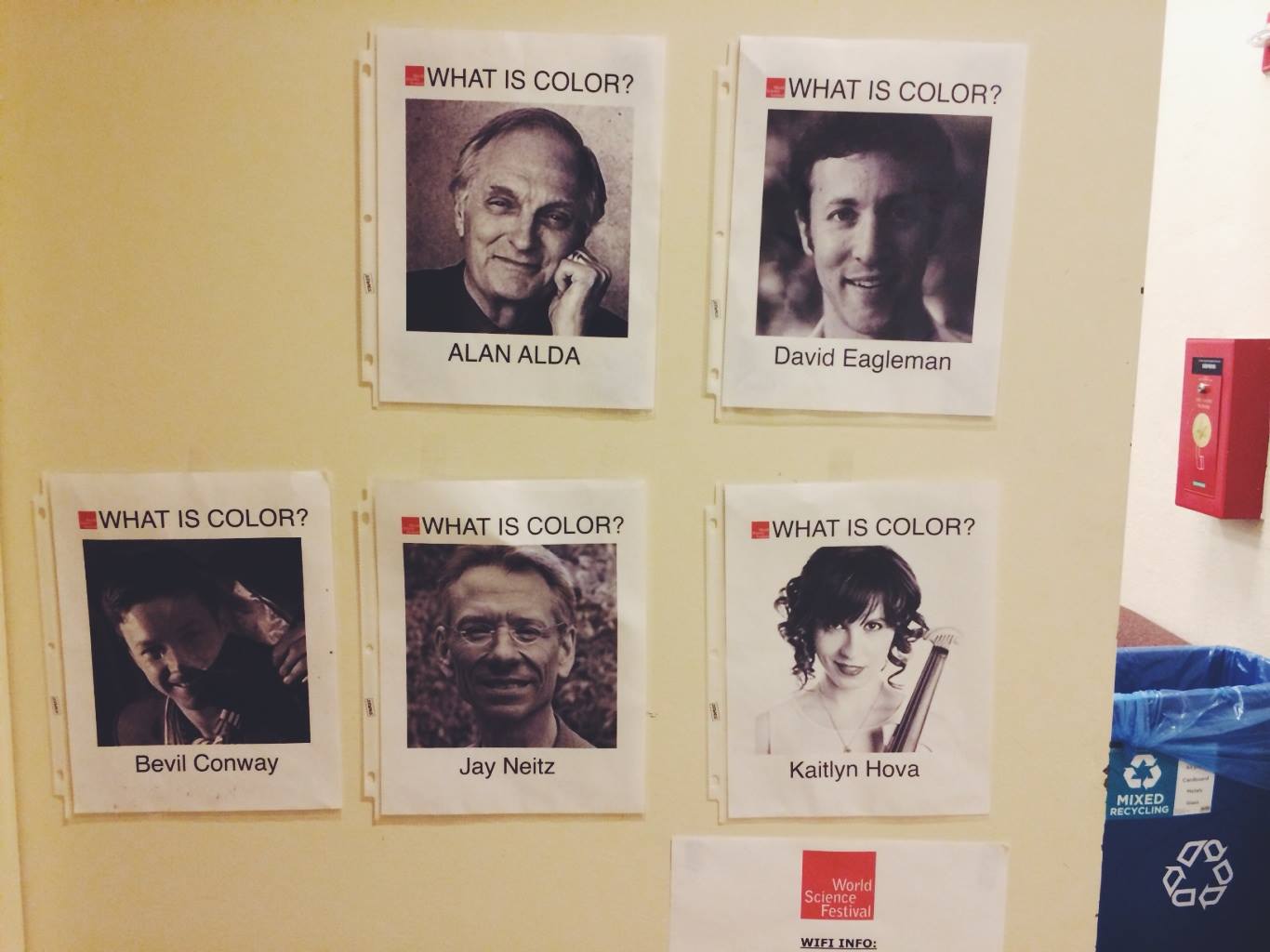 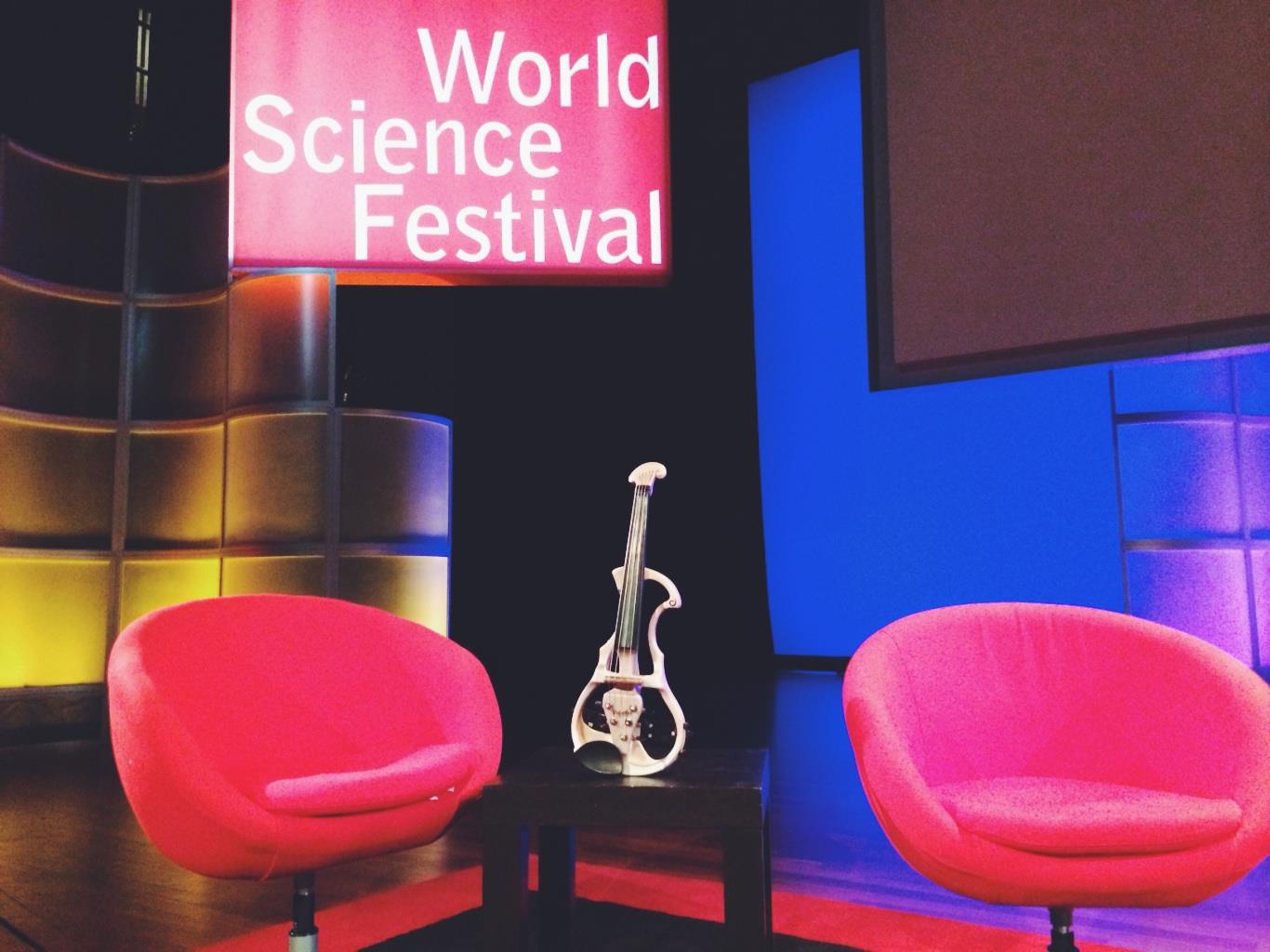 The performance went over as well as we could expect, and few hours later we went back to the hotel to began packing for our travel day the next day. We turned on another episode of 30 Rock since we had been hitting it pretty hard lately with that show and rewatching every season in order at that time….and there HE WAS. I knew Alan Alda looked familiar and had done work on MASH, but GOSH DARN IT I forgot that he also played “Jack Donaghy’s biological father” on my FAVORITE SHOW. AH, and I didn’t even ask him about it! What a way to remind me. His role began on the show that night in my schedule of re watching the show. That’s my luck right there. I wish I was making that up haha

Other fun memories from that weekend include getting a selfie with my hero, Mr. Bill Nye. this is the second time I have met him, and I hope it won’t be the last: 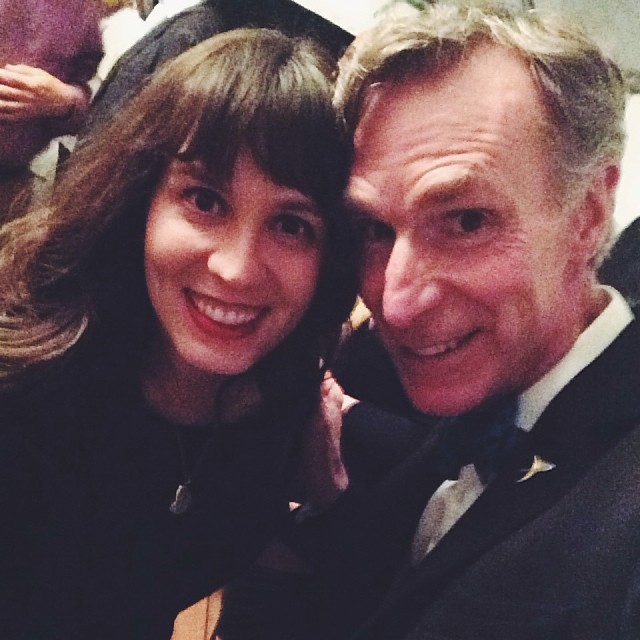 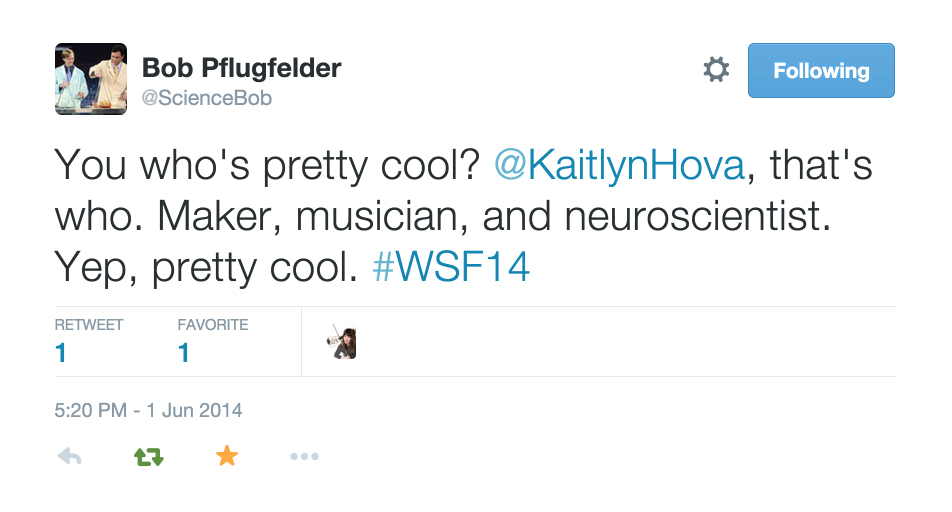