The Ocean and I

I’ve had an interesting relationship with large(or probably any) bodies of water since was a little girl. We lived in Nebraska, so I was naturally fascinated by anything involved with the ocean. We were super land locked, so it was the perfect circumstances to create a crippling ocean phobia based on very little information and life experience. This information was none other than Discovery Channel’s Shark week. I’d secretly watch the episodes alone in my parents bed, and afterwards I’d have a lot of trouble leaving to go back to my room. You see, my parents had blue carpeting…and somehow I felt that it was just too soon. Anything that resembled water was just simply out of the question to be able to walk on. The “right time” to face the blue carpeting would never come organically, so i’d inevitably be discovered and my mom and/or dad would implore me to use the basement T.V next time.

Like hell. Their bed was super comfy.
But yeah, kinda weird in retrospect.

This ridiculous, learned phobia has continued late into my teens and into today. I can’t swim in pools by myself, I have conflicting feelings about the beach (so pretty but the ocean though), and just forget lakes. Sharks are always in the back of my mind. 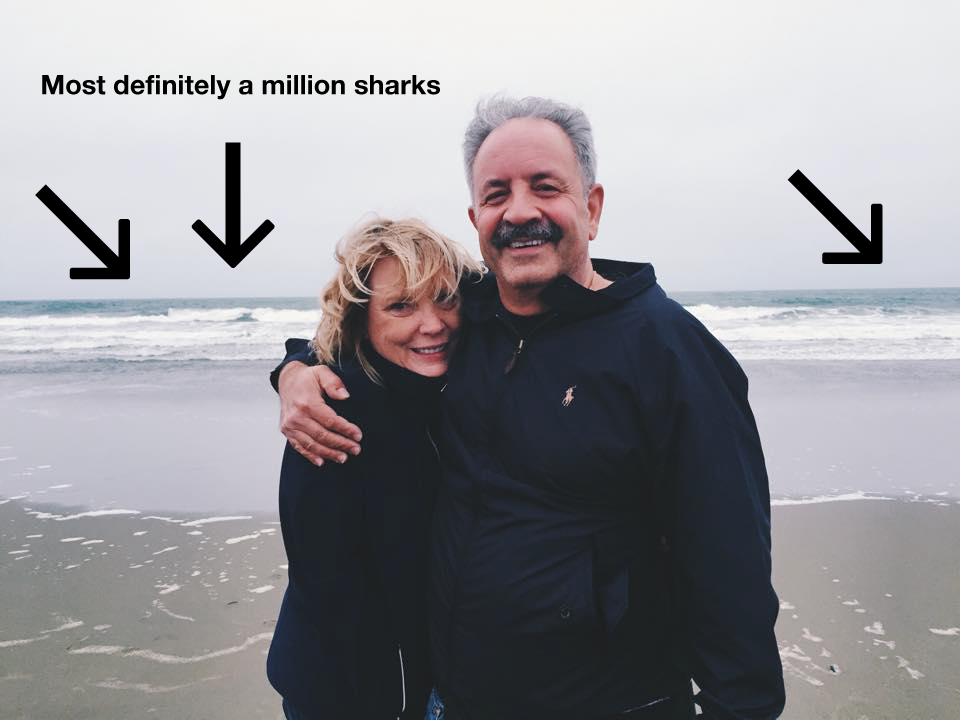 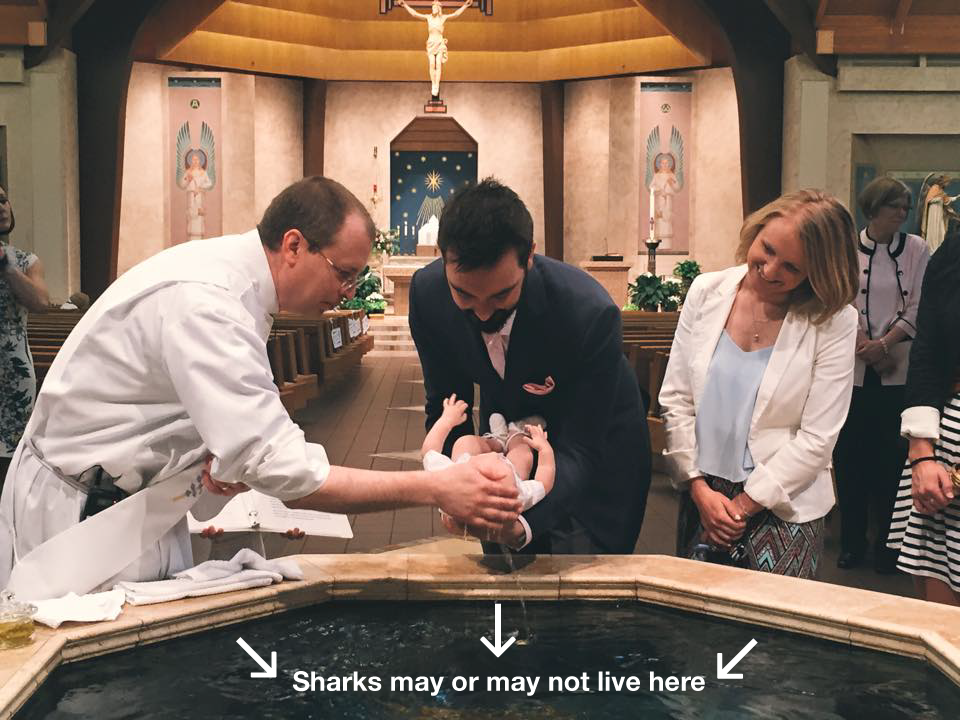 Then, I went on a trip with my parents to Maui in 2011. I hadn’t been around any large body of water for years, and everyone was all about this “snorkeling” thing. It sounded awful: swimming by yourself in the ocean with nothing but a snorkeling mask for air. However, my mom of all people convinced me to go. It was a bay that was supposedly pretty calm, had a lot of rad reefs, and most importantly everyone was going. My thought process behind this decision was for sure influenced by my graduating from college and riding out this high of feeling like “an adult”. I mean, neuroscientists don’t have fears (right?). I absolutely didn’t want to go, but the time had come for me to try to force myself to grow up.

Then the snorkeling adventure was a go. When we got there my dad almost stepped on a cat that was hanging out on the rocks (just chillin’), so it was off to a good start. I went out in the first wave of family: my dad, our family friend Rob, and then me rounding up the back. We started swimming and all was well. It was actually kind of magical: reefs, weird fish, was quiet…and then it happened.

I saw something huge in the murky distance coming towards us.

At first I was in disbelief. I mean, we weren’t even crazy far out into the ocean. I know that we were basically hanging out in the Shark’s fortress (I think that sharks are organized), but I really thought that we would maybe have more time before they noticed (I also think sharks are sentient). I had an out of body experience for the first time in my life. You know when you get so scared that you can only hear a high pitch sound (“eeeeeeeeeeee”)?

That.
That was happening.

Upon realizing my fate, I decided to pull my head above water to yell and tell my dad (who was swimming a bit ahead of me) Good bye for the last time. Due to the fact that I had years of Shark Week higher education, I felt that I was pretty “in the know” about the situation. I mean logically I absolutely knew what was happening.

To my infinite terror, my dad already had his head above water and was screaming at me. Because of the high pitch fear siren in my ears, it took a few times for me to understand what he was saying. As I was yelling back at him, I found that I couldn’t actually form any words in my extreme state of fear. For lack of a better example (if you’ve seen Inside out), my brain’s purple guy had tasered all of the other characters in my mind and had proceeded to roll all around my brains control panel.

The yells and siren in my ears went down like:

I put my head back under water to accept my fate and there he was.

It was a f*cking turtle.
Not a shark.

Maybe I wet myself, maybe I didn’t. I was in the ocean, so no one will ever know. Maybe it doesn’t even matter since it’s essentially a public toilet for the animals that live in it.

To be fair, he was a really big turtle. Like, one of those super old turtles that they study in other Discovery channel documentaries after Shark Week.

At that moment I decided that I was somehow a better person by facing my phobia and that it was time to go back to the shore to try to find that cat that my dad had previously almost stepped on. That would be cool. (#ilovecats)

Although it wasn’t very far, the swim back seemed to take 1/3 of the time that it did to get out there in the first place. I was good. I did it! I faced a fear.

Upon getting to shore I realized my state: I was uncontrollably shaking so hard that I couldn’t walk. It appeared like I was evolving out of the sea… in search of a cat. My brother and his friend saw me just as they were getting in, asked “what’s your deal?”, realized that they didn’t care, and then proceeded to gleefully start swimming into the murky, dark abyss that I had just came from.

Psychoanalyzing this irrational phobia of mine has really helped me try to understand others fears and anxieties.
The brain is weird, man.
We’ll try again next time.
The struggle is real.