Organizing everything for this gig was one of the most incredible experiences ever. During my emails back and forth with the amazing Kim Baldwin, it didn’t sound like it was real, quite frankly. Things got especially concerningly unreal when the day before she just mentioned that there would be fire dancers performing with me during my set. While this is something that should have led me to outright ask if this was for real or not (and if I was going to be kidnapped), I decided that if it wasn’t real, at least i’d have a good story. Because of this concern, I didn’t tell Johnny (my DJ and best buddy) all of the details about the gig for fear that his “dude this is totally fake” radar would go off and he would have second thoughts about reserving the day for the gig. That decision ended up being HILARIOUS, because as it turned out : it wasn’t a fake gig, and it was a lot to take in if you had no idea it was coming haha

I got to fly into KC to perform with one of my best friends (Johny Beatz) at Sporting Park for their Pitch Black event. There were amazing athletes,  a great sound crew (thanks, guys!!), and I will NEVER forget the fire dancers during my 3 hour solo music and remixes set. Have you ever imagined a fire dancer performing to my version of “Such Great Heights”? It turns out that it was pretty badass.

What made this event extra special was that my parents drove into KC and were able to attend. I had moved to San Francisco a month or so prior with my husband, and I had really been missing them. It was great to be able to have the opportunity to share this event with them, and to get as many hugs as I could stand before flying back to SF. 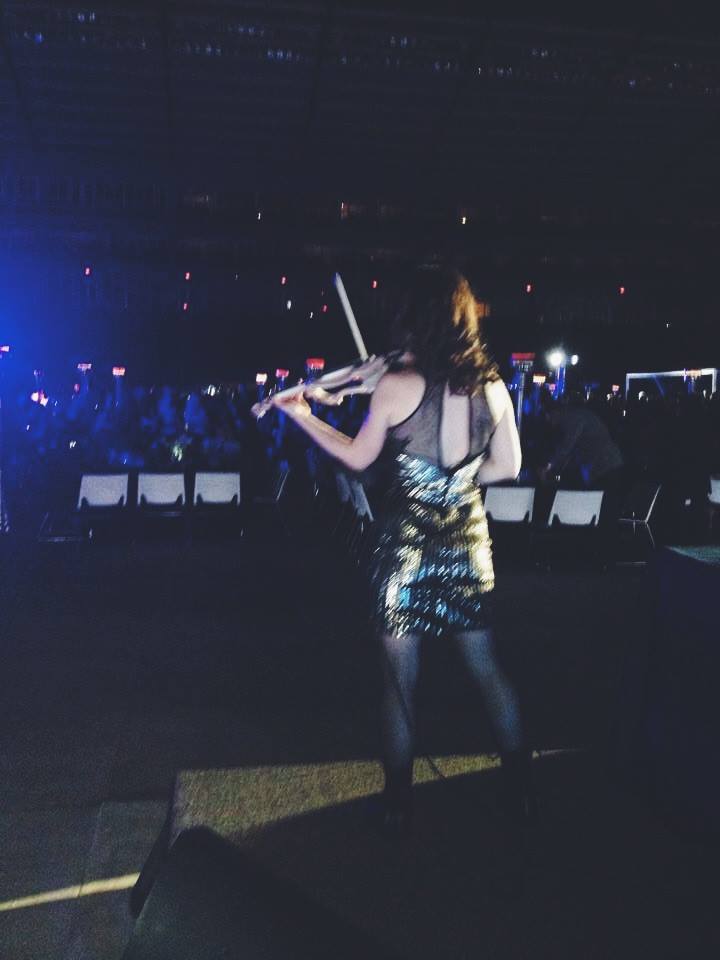 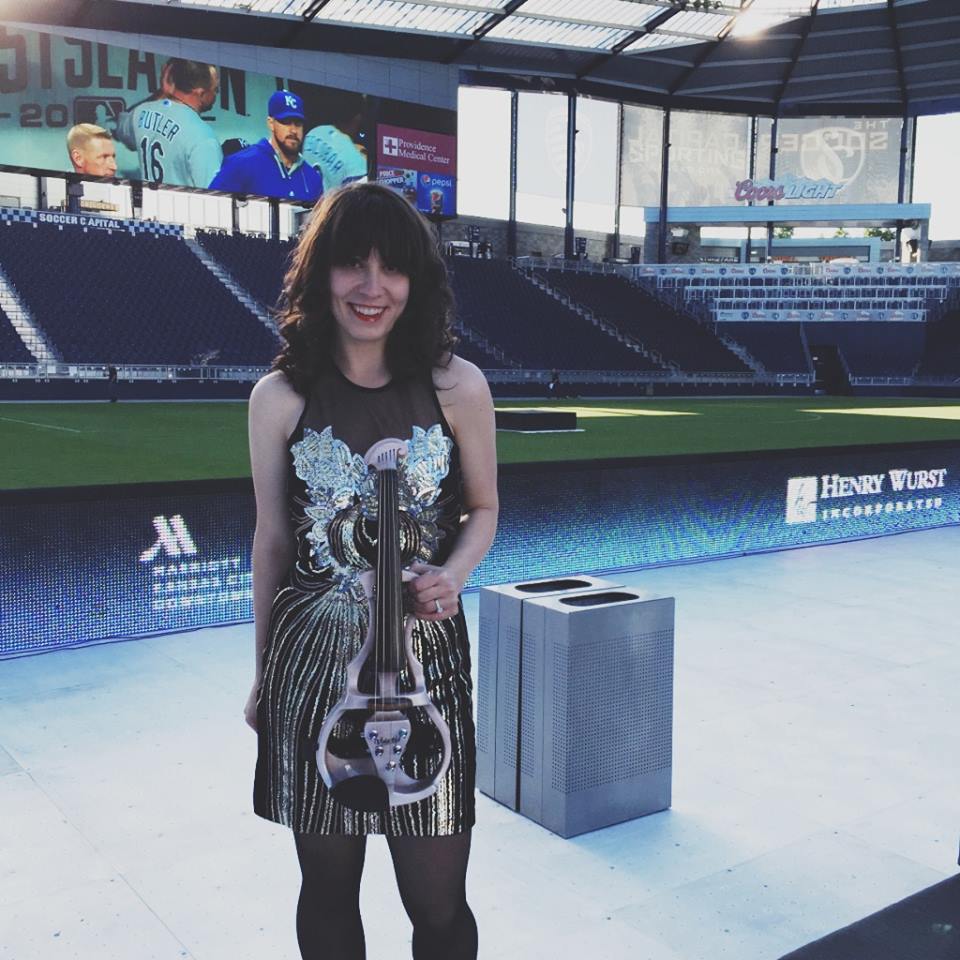 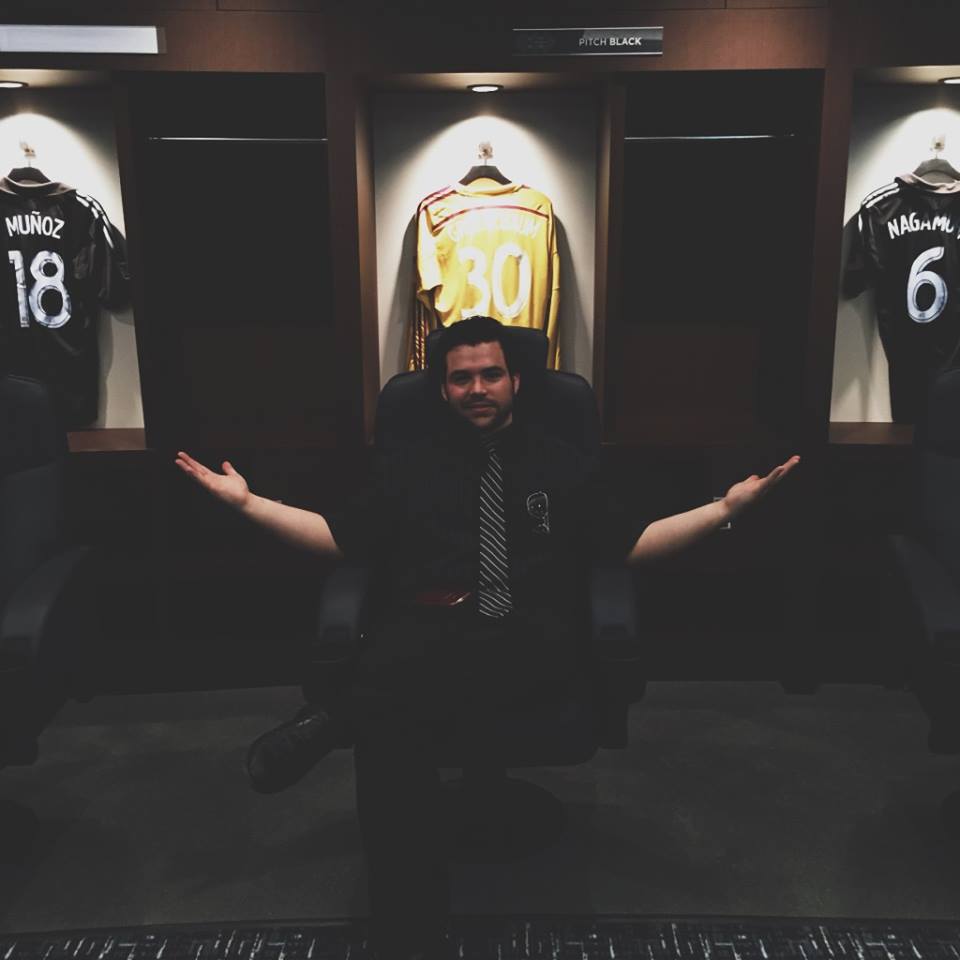 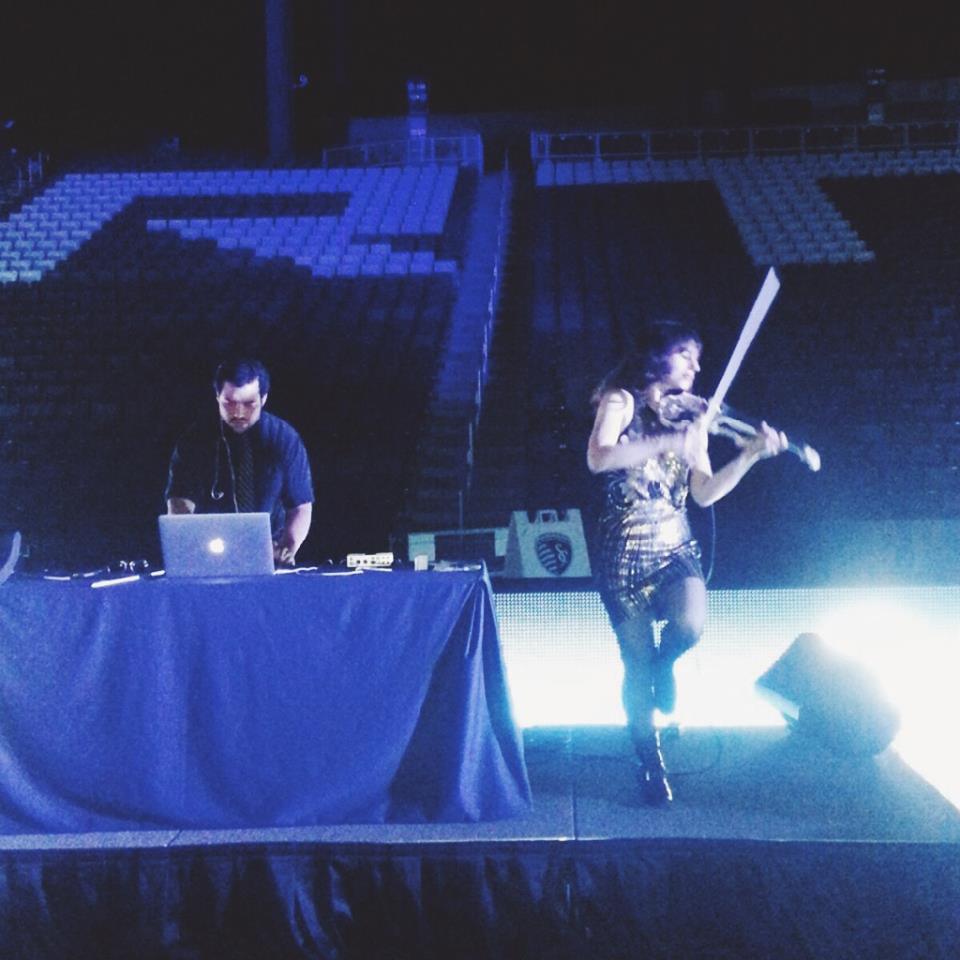 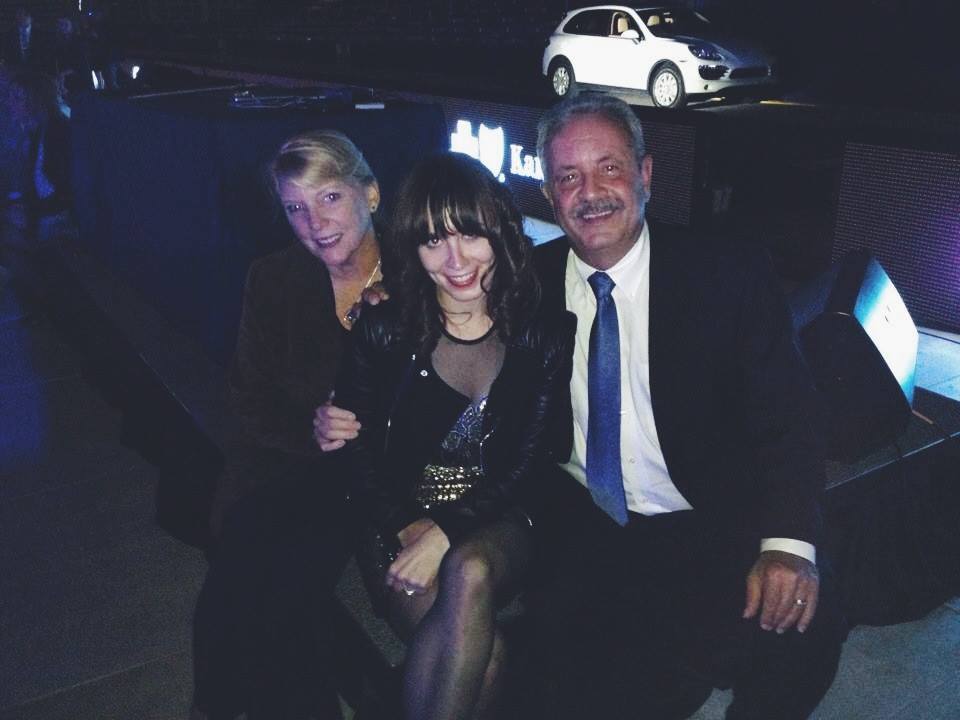 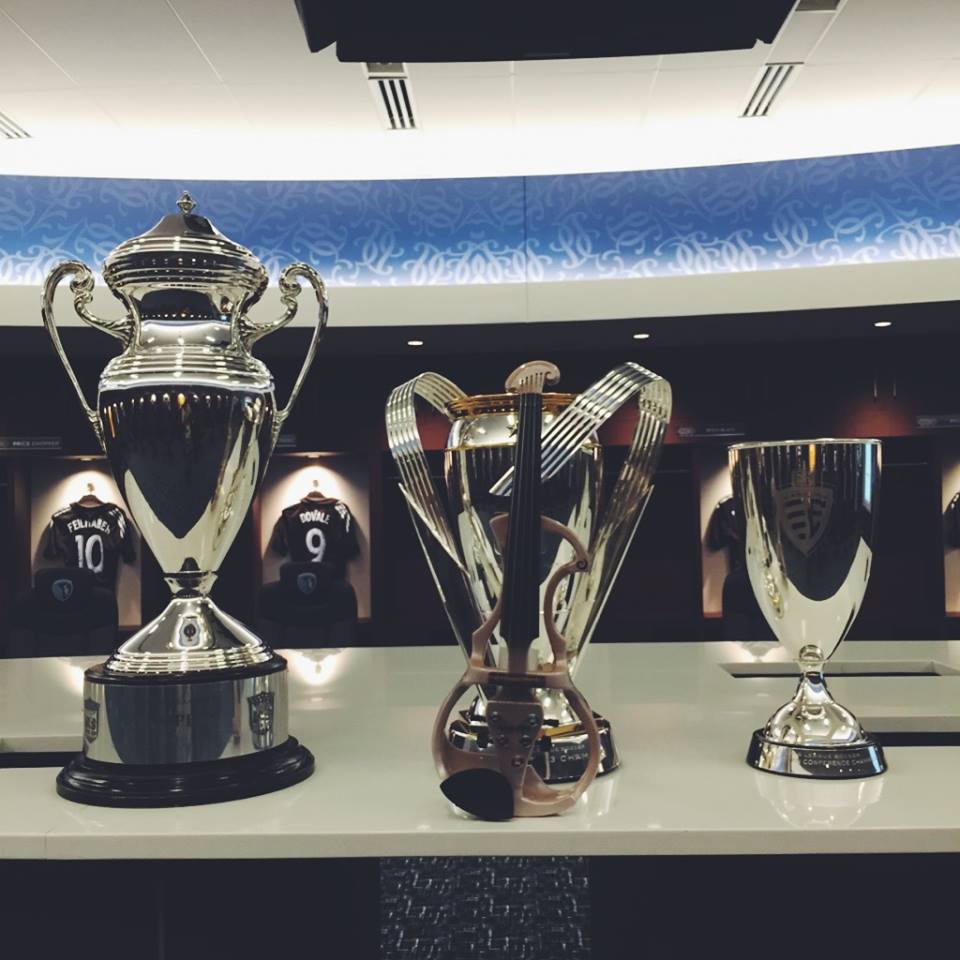 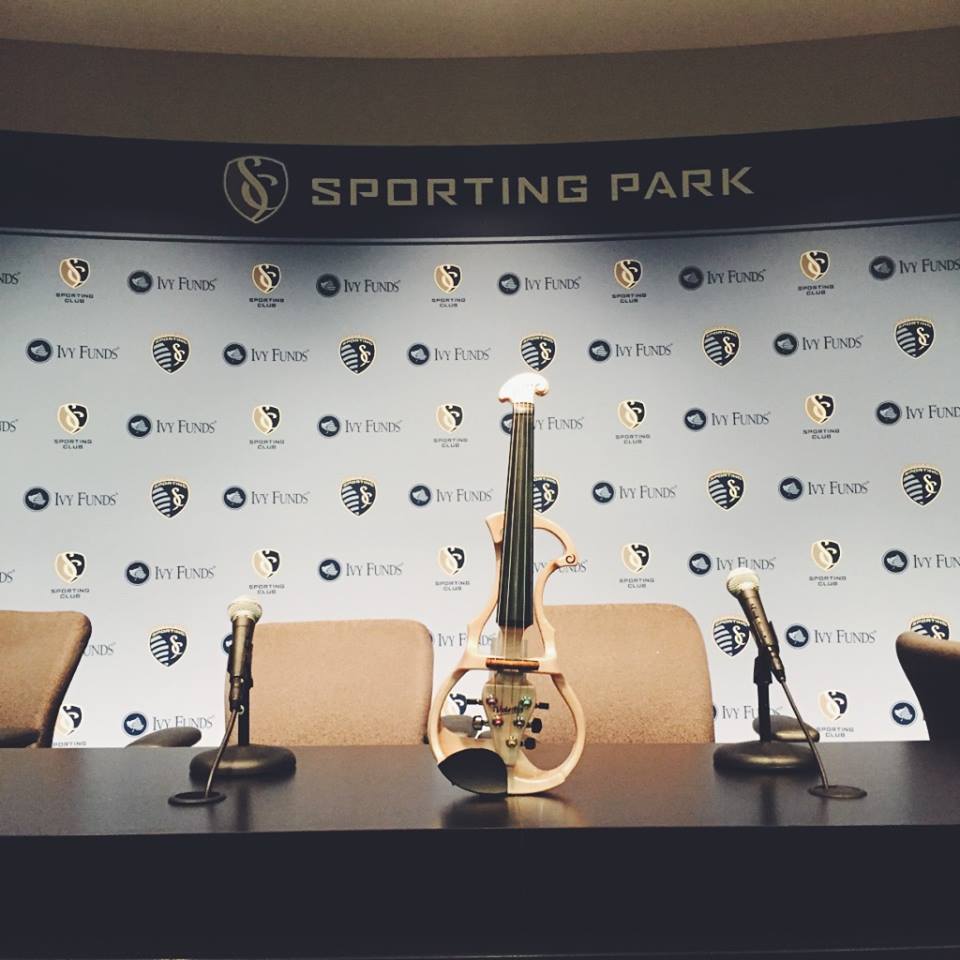